Community affected by DACA
By Eliza Neeley, Ellie Bon, Ali Declercq, Max Handron
When President Trump proposed restrictions on immigration, Sonoma responded passionately with support for the Deferred Action for Childhood Arrivals (DACA) members and a commitment to the protection of undocumented immigrants. The deadline to submit a DACA application is October 5, and they are due to USCIS
Since the 2016 election, programs in Sonoma County committed to assisting illegal immigrants have rapidly multiplied. There are now more organizations prepared to help than before. Margot Vos, a Sonoma resident involved in the Family Preparedness and the Rapid Response committees, explains that both programs were “established to protect undocumented immigrants, who are vital members of Sonoma’s community and economy.”
The Family Preparedness committee was established to teach undocumented immigrants about their rights and prepare them if ICE comes. ICE stands for U.S. Immigration and Customs Enforcement. They are responsible for identifying and enforcing the immigration policy, border security, economic and transportation security, as well as infrastructure safety. Rapid Response is a 24 hour hotline, that is planned to be established within the next month, which will provide legal responders if ICE is seen in Sonoma County. People can call the hotline if they see ICE in the community and report their whereabout. Vos believes that “removing DACA targets people whose home is here. Sending them back to the country they came from would be sending them away from their real home.” These local programs are aimed at preventing this from ever occurring, and hope to eliminate fear.
Sonoma County district supervisor, Susan Gorin, emphasizes that,“this is a time of struggle for the community. Sonoma County supports the rights of dreamers” and “will not watch their very existence be threatened without taking action.” In a speech concerning DACA in Sonoma, Gorin explained that undocumented immigrants make up a large population of the community and that Sonoma will not abandon them. Gorin explained that undocumented immigrants are a vital part of the “economic engine,” and that Sonoma will always be a “place of refuge.”
Misti D Harris, representing the Sonoma County Sheriff’s office, highlights that “the sheriff’s office protects everyone, regardless of legal status and is not affiliated with ICE.”
Ms. Gonzalez, freshman Fuji English teacher, has been working for the promotion and understanding of DACA. While attending Yale University, she worked alongside her peers to connect with the other social justice groups at the additional Ivy League schools. Throughout her six year teaching career, she has always worked with undocumented adolescents, at multiple high schools, and states that, “they are all remarkable kids.” Gonzalez strongly encourages all undocumented students to stay strong, get involved, and make noise.
President Obama, and his administration, in 2012, established DACA, under the Development, Relief, and Education for Alien Minors (DREAM) Act. Individuals that qualify for DACA must have arrived in the United States, must be enrolled in school currently, and have not been convicted of a felony, along with additional finite details. There is an estimation of up to 1.9 million individuals eligible for DACA. This program allows individuals to both live and study in the United States legally. As of now, there are 800,000 recipients of DACA.
Mr. Gildengorin, a new vice principal at SVHS, is concerned for the well-being on his students here and at other schools where he taught before.  “As a community we need to look out for each other and spread positivity,” claimed Gildengorin.  He encourages students whom may be nervous and anxious about this to come visit him because the school is here to help. He personally has signed petitions, has called local representatives, and shared articles on social media regarding the importance of DACA. He wants to encourage the students at SVHS to take a stand and be more vocal in the government because they are the future members of society.

After acting as the athletics director at the Sonoma Boys and Girls club for more than ten years, a Sonoma resident, Paul ‘Dwayne’ Kilgore, is confirmed to be a child molester after seen inappropriately touching two boys in a Healdsburg health club shower. Since the initial allegation, over 20 reports have surfaced in the past couple weeks.
Kilgore, age 68, has been an active community member involved in sports programs, coaching various teams, and mentoring children. He was known for taking young boys on overnight recreation outings where “lewd acts” reportedly occurred, according to the Healdsburg Police Department in a press release last week.
The two Healdsburg boys, ages 11 and 12, knew Kilgore personally and were brought to the the health club by him. According to Healdsburg Police Sergeant, Luis Rodriguez, the abuse of the boys was “going on for years.”
Though the molestation was not directly related to Sonoma residents, immediately following Kilgore’s arrest, police officials received more than 20 accounts of molestation from victims. Following the accusations, Kilgore has been charged with committing multiple sexual abuses against a 14 year old.
He is currently being held on a $1 million bail at the Sonoma County jail in Santa Rosa awaiting his plea. 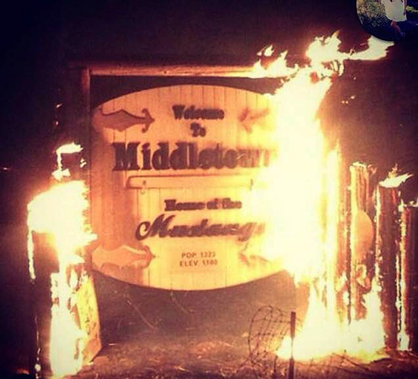 The catastrophic Valley Fire tore through Sonoma, Napa and Lake counties on September 12, impacting SVHS students who had close friends and family directly affected by the fires.
Sophomore Molly Brown received information from her friend, Aly Ferguson, who attends Middletown High School, about her experience with the Valley Fire. Her parents were away for their anniversary, and the children were staying with family friends when the fire occurred.
“She was at a soccer tournament when she saw the flames right next to the field,” Brown said. “The family friends tried to take them home to salvage anything they could, but they couldn’t get past a certain point because their neighborhood was being evacuated.”
Brown’s friend went back to school receiving much support from the small community. She is currently staying at a rental house in Middletown, and her family is receiving help from the GoFundMe program, which has raised $11,000.
This wildfire blackened 76,067 acres of land and destroyed a total of 1,958 structures, injuring four firefighters and four civilian fatalities.    Sophomore, Alyssa Schimm immediately packed the car with donations and traveled to Cobb when hearing about the fire encompassing the area in which her family friend Gabby lived. “My mom called Gabby to see if their house was okay because she realized the fire was around where Gabby lived,” says Schimm. “Gabby answered the phone crying.”
When Schimm’s friend had to be evacuated, she focused on getting her kids and pets out of the house. “They thought they would have more time to grab items but all of the sudden the fire was in their backyard,” explains Schimm. “They saw the actual fire and they just needed to get out. They had nine pets and they saved six of them; they didn’t have enough time to save three of the pets or anything personal.”
According to Schimm, the insurance company went to Gabby’s house a few days later to assess damage and work out replacement costs.      “My aunt was pretty shaken up,” Dominic Tomassi says about his aunt’s house that burned down in Hidden Valley. “She moved there four months ago to start her family and then the fire came.” Living at her mother’s house, with her husband, two year old and four month old children, is helping her cope with the fire and the destruction of her home.
Schimm adds, “We mostly donated clothes to the kids, and little necessities like toothbrushes that they could use right then.”
​   SVHS also participated in fundraising for victims of the Valley Fire by providing boxes for student donations in the office and classrooms.
Dance success despite last-minute complications
By Eliza Neeley

The 2015 Homecoming Dance was a blast despite the last minute change of venue from Golton Hall to Pfeiffer Gym with only five days notice.
Pfeiffer Gym was transformed into a scenic city, with lanterns across the basketball hoops, a city skyline covering the bleachers, and street signs scattering the gym.
DJ Crank, from the Bay Area radio station Wild 94.9, provided this year’s Homecoming dance with its sick beats. The music inspired excitement, from dance-offs to an impromptu performance of the iconic Napoleon Dynamite dance.
The Dance Committee had designed the city-themed decor to fit Golton hall, taking measurements and purchasing just the right amount of supplies.
With the location change, they had to quickly purchase more paint, cardboard, fishing wire and lights to create additional decorations.
Using the sets from the Drama Department, Leadership blocked off part of Pfeiffer Gym, created a smaller, more intimate space.
An additional inconvenience with this relocation was that the Leadership Class was unable to begin setting up the venue until 1:00 the day of the dance due to a volleyball practice being held Saturday morning in Pfeiffer Gym.
Though the last-minute setback could have sabotaged the dance, Leadership improvised, and the Homecoming Dance was a complete success.
Grace Cutting, junior and member of Leadership, explains that  “[Leadership] wouldn't have cared [about the venue change] if it had been brought-up two or three weeks ago, so we had time to prepare, but we were informed on Monday.” This led to many last-minute purchases and resizing of decorations in order to compensate for the larger space.
Leadership used the venue to their advantage, adding an outdoor area between the Pavilion and the gym, complete with tables and lights, for students to take a break from dancing and hang out. This addition also allowed students easy access to the water fountains and bathrooms in the pavilion.
Thanks to Leadership's ability to adapt to last minute changes, SVHS students have noted that this year's homecoming was a night to remember.